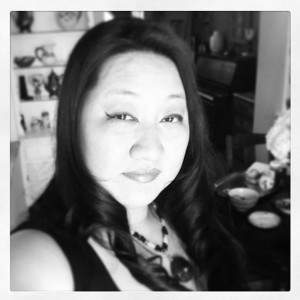 Bernice “Be” Lee is a Freelance Web Designer/Developer and owner of Studio BeLee.

BeLee started working with WordPress and getting back into the Web Industry in early 2013.  She originally learned to code websites in 1998 from scratch. During that time, she also received a certificate in Graphic Communications from Cal State Northridge, Extended Learning for both print and computer graphic work. In 2000, she moved on to other ventures in her life. Only to be drawn back to building websites over a decade later.

In 2013, BeLee taught herself WordPress and updated her coding skills with Html + CSS + PHP + Javascript through books, workshops, meetups, WordCamps, online classes, and the grace of the WordPress community.  From April 2013 to March 2015, she has been to13 WordCamps nationwide and is a regular at WordPress Meetups in the LA and OC community. She was also active with the local Los Angeles branch of Girl Develop It! both as a student and as a Teacher’s Assistant until 2015. In 2016, She selected and completed a 15-week Coding Bootcamp sponsored by Snapchat.  Then take a few years off to attend to her mother’s terminal illness till she passed. BeLee is currently is only taking smaller WordPress Projects and doing Site Maintenance.